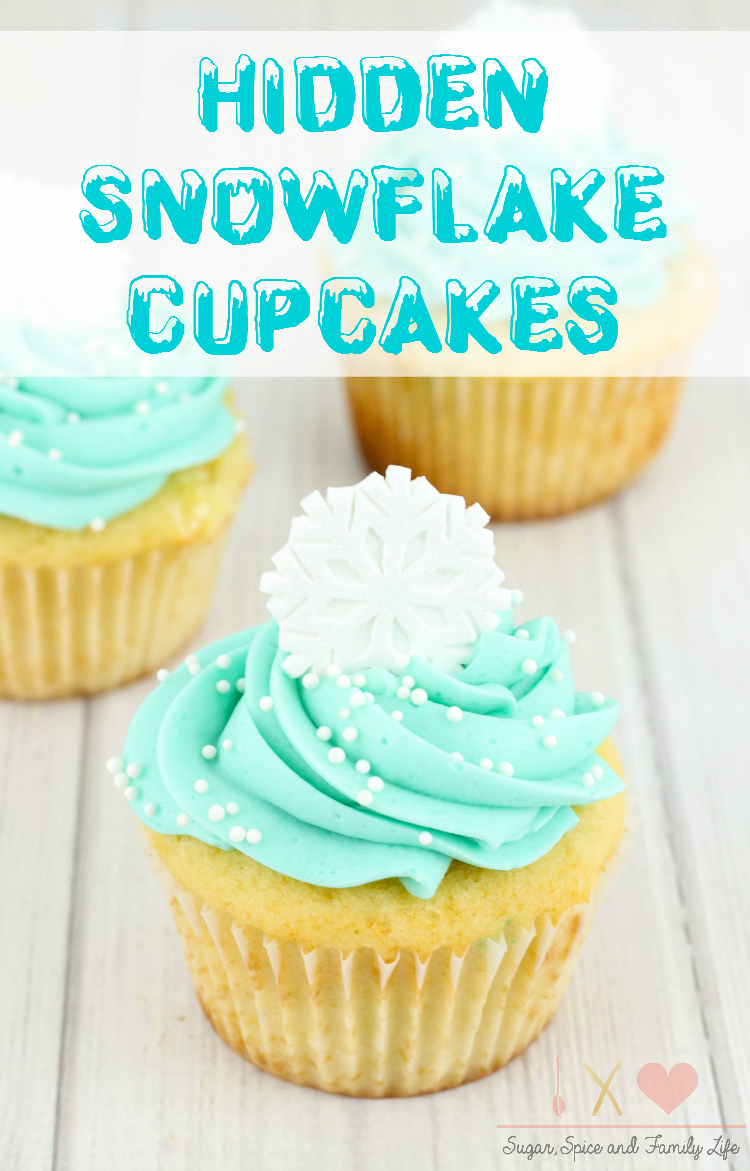 My daughter loves watching Disney’s FROZEN. It’s our go to movie to watch after playing outside on snow days. Of course, we always enjoy a snack or treat during the movie. I wanted to make a FROZEN inspired dessert for our movie night. So I decided to make FROZEN Hidden Snowflake Cupcakes. Each vanilla cupcake has a hidden blue velvet snowflake baked inside. The cupcakes are covered in blue colored vanilla buttercream frosting. Then decorated with a large snowflake and white ball sprinkles. FROZEN fans will love these Hidden Snowflake Cupcakes.