We have been having a great and busy Summer so far. We have already been to the lake, beach, zoo, children’s museum and more. We even had our first amusement park experience as a family. I have to admit that I never even considered taking my three year old to an amusement park. With her being so young, I didn’t think she would be able to do much. But recently Idlewild & SoakZone reached out to me about visiting their park and I was introduced to all their family friendly attractions, including their brand new Daniel Tiger’s Neighborhood. I knew my daughter would love it so we decided to make the trip to Idlewild & SoakZone in Ligonier, PA. 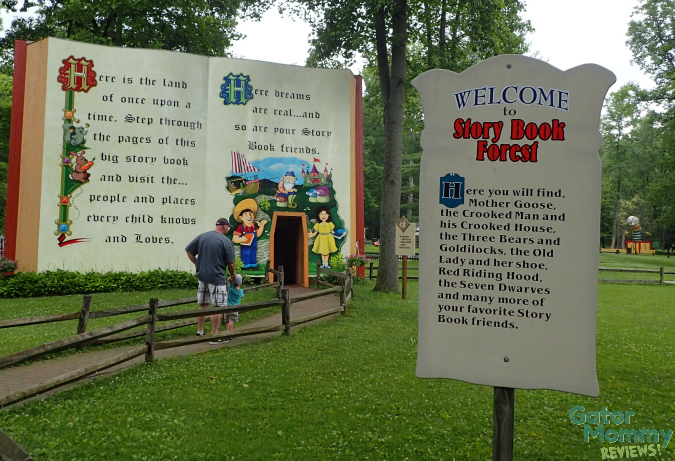 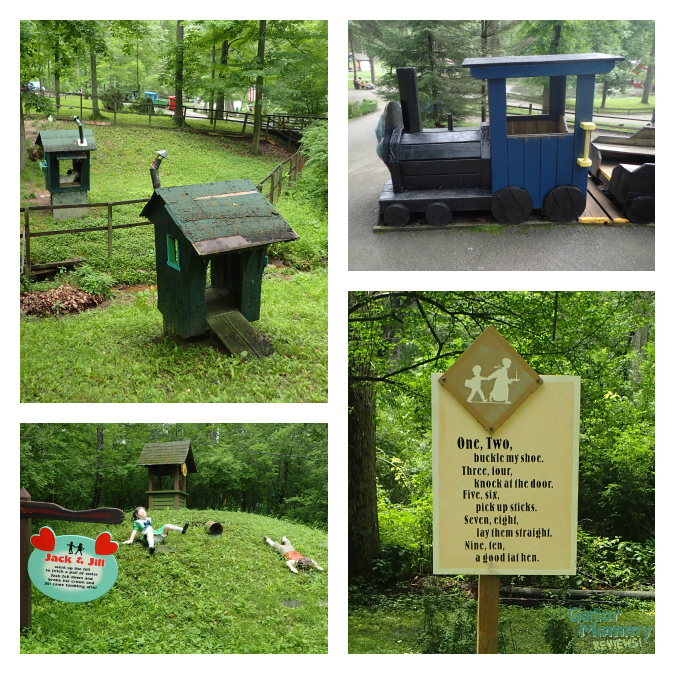 We decided to start at Storybook Forest and work our way back through the park. Storybook Forest is a cute area where little kids can meet their favorite nursery rhyme characters and tales. A path leads you through all the classic rhymes. You can go inside the Little Red Schoolhouse, meet the Old Woman Who Lived in the Shoe, climb on the The Little Train That Could, see the Billy Goats Gruff and lots more. 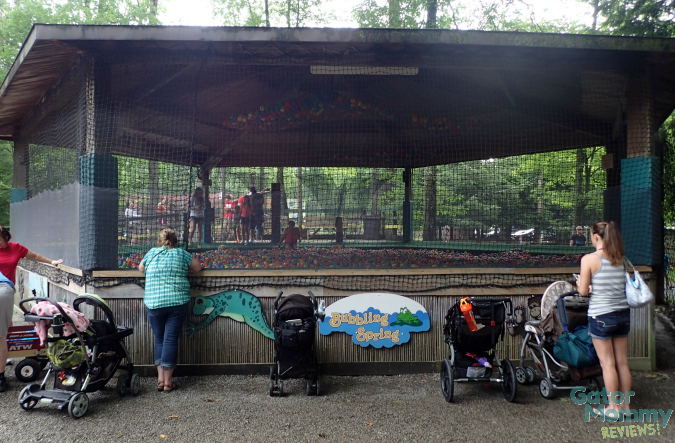 After we left the Storybook Forest, we went into the Jumpin’ Jungle area. My daughter was thrilled when she saw the Bubbling Spring ball pit.  She had a blast playing in the balls and she didn’t want to get out.

Right by the ball pit, they had an awesome Net Climb. My daughter would of loved to climb it but unfortunately we weren’t prepared and we were all wearing sandals. 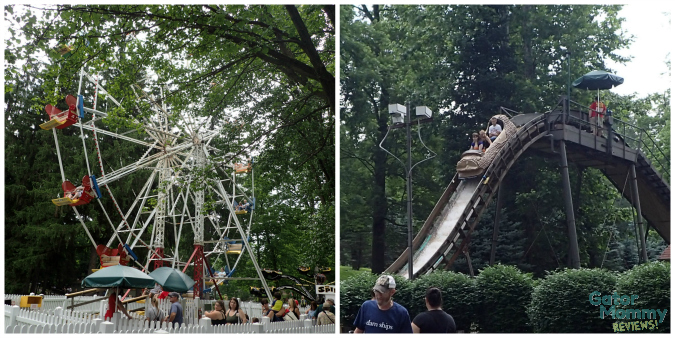 We walked around Olde Idlewild and saw all their neat rides. Some of the rides included the Rollo Coaster, Scrambler, Flying Aces, and Whip. 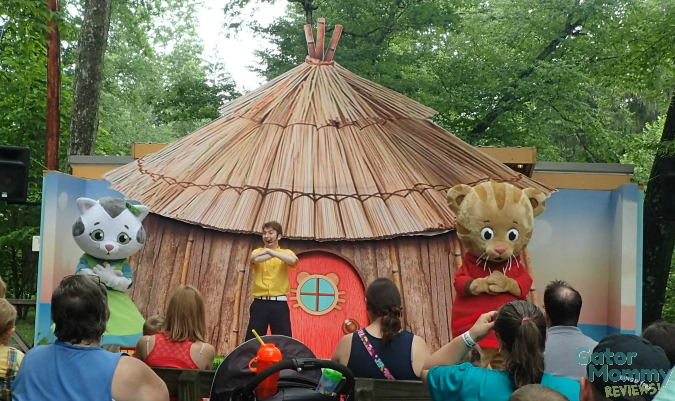 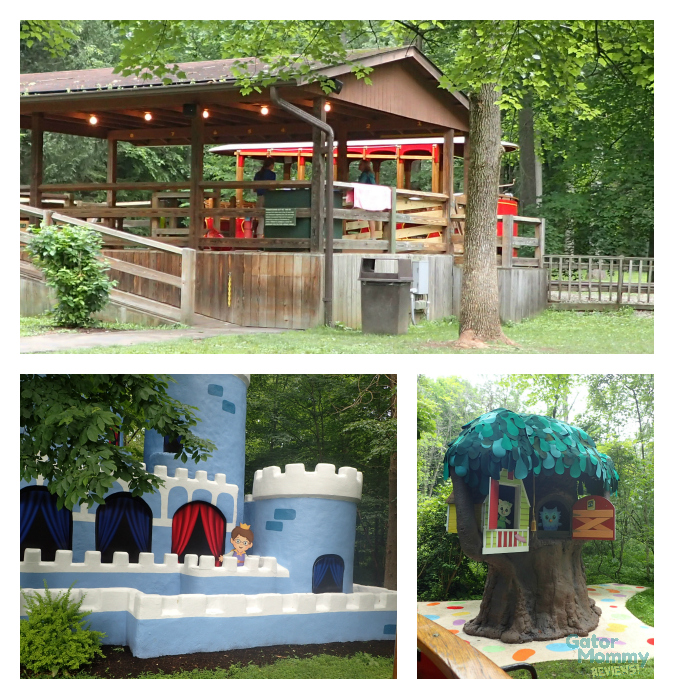 After the show, we walked over to the Daniel Tiger trolley ride. It was a cute ride that took us through his neighborhood to see all the different characters. 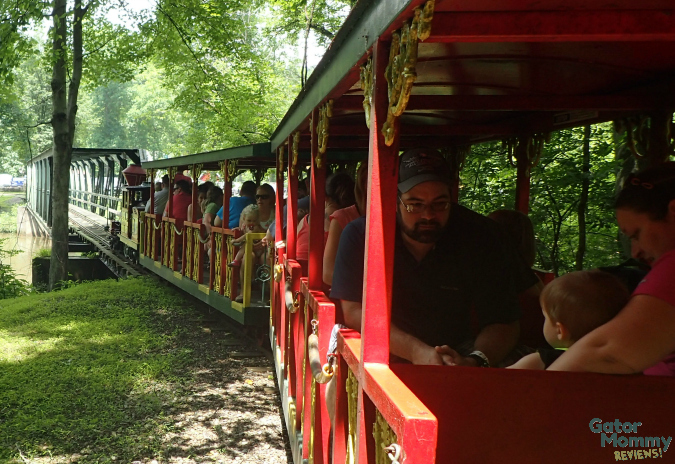 Next stop was taking a ride on the Loyalhanna Limited Railroad train. It takes passengers on a peaceful ride from Raccoon Lagoon to Hootin’ Holler’ Station and back. You are allowed to get on or off at either stop, which is especially nice if you have little ones that are tired of walking. 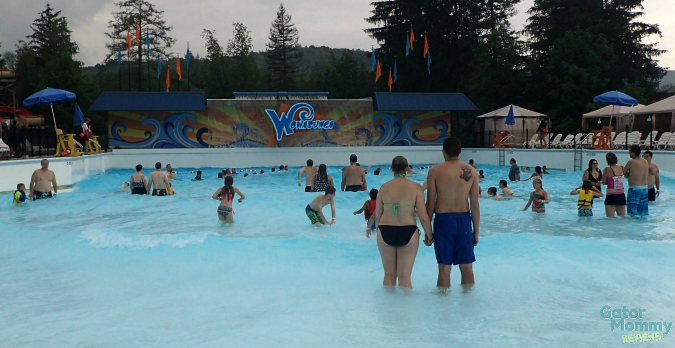 After our train ride, we got a bite to eat and then headed into SoakZone. We decided to go into the wave pool first. I especially loved that they do not allow rafts in the pool which makes it a lot safer. They also require children under 48″ to wear a Coast Guard approved life jacket and they must be accompanied by an adult. The life jackets are readily available at the entrance of the wave pool, but you can also bring your own Coast Guard approved life jacket. We brought my daughter’s Puddle Jumper

along and she wore it everywhere in SoakZone. 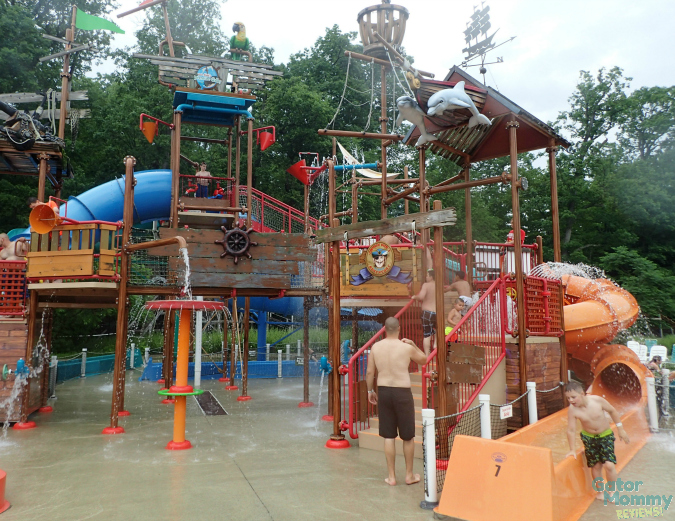 We also spend a good amount of time at the Captain Kidd’s Adventure Galley. It had six waterslides, a tipping bucket and dozens of interactive spray features. 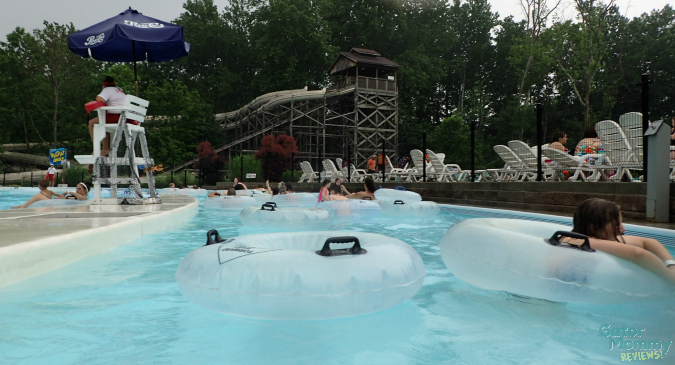 One of our favorite attractions in the park was the Float Away Bay. I can’t even tell you how many times we went around. My daughter didn’t even want to get out. The water wasn’t that deep in the bay but the lifeguards were very vigilant watching to make sure everyone was safe. Another nice thing about the bay was that the children rafts that were covered in the middle so they could just sit on top.

We had a long and fun day at Idlewild & Soakzone. We loved how everything was family friendly and that they had lots of activities for younger kids. We definitely plan on going back again.

You can use coupon code, BLOG15 on www.idlewild.com to receive $11 off your ticket price. Valid until 07/15