Caramel Apple M&M Blondies are the dessert of the fall. These apple blondies are filled with candy apple M&Ms and topped with an apple juice caramel sauce. 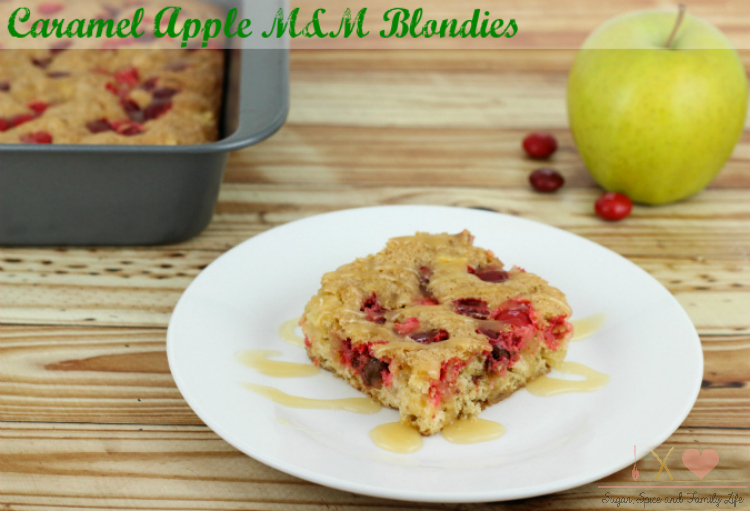 I’m so excited it’s almost fall! I love the cooler weather and all the awesome fall foods. In honor of the change of season, I have teamed up with #FlavorofFall M&M’s and #CollectiveBias. One of M&M’s new fall flavors is candy apple, which is available exclusively at Walmart stores. I wanted to make a fall recipe with the candy apple M&M’s. I also wanted to incorporate Mott’s applesauce and apple juice into the recipe too. If you have been following my blog for awhile, you already know that I like to use applesauce when baking. It makes it a little moister and healthier since it replaces some of the vegetable oil or butter in the recipe. I ended up deciding to make Caramel Apple M&M Blondies with a caramel sauce drizzle. 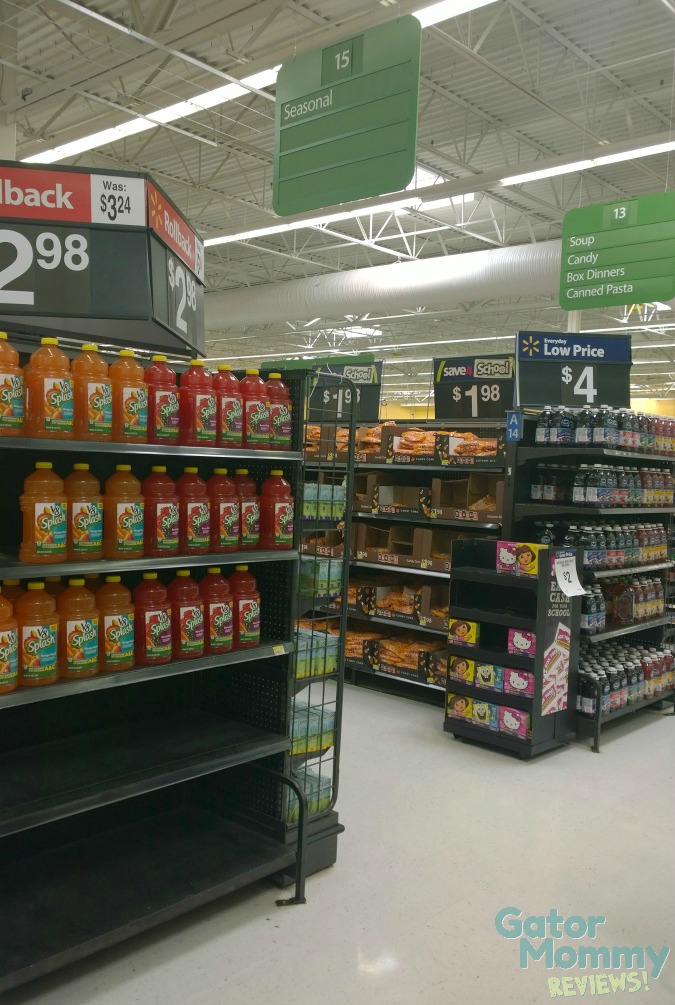 First, I had to go to Walmart to pick up some of the ingredients. I also had $1 off any two Mott’s sauce or Mott’s juice drink and $1.50 off any two M&M’s brand chocolate candies coupons to use from TheFlavorofFall.com. I found the candy apple M&M’s in the seasonal candy aisle in the grocery section. Then I had to get Mott’s applesauce and Mott’s apple juice. Both items were located in the juice aisle. 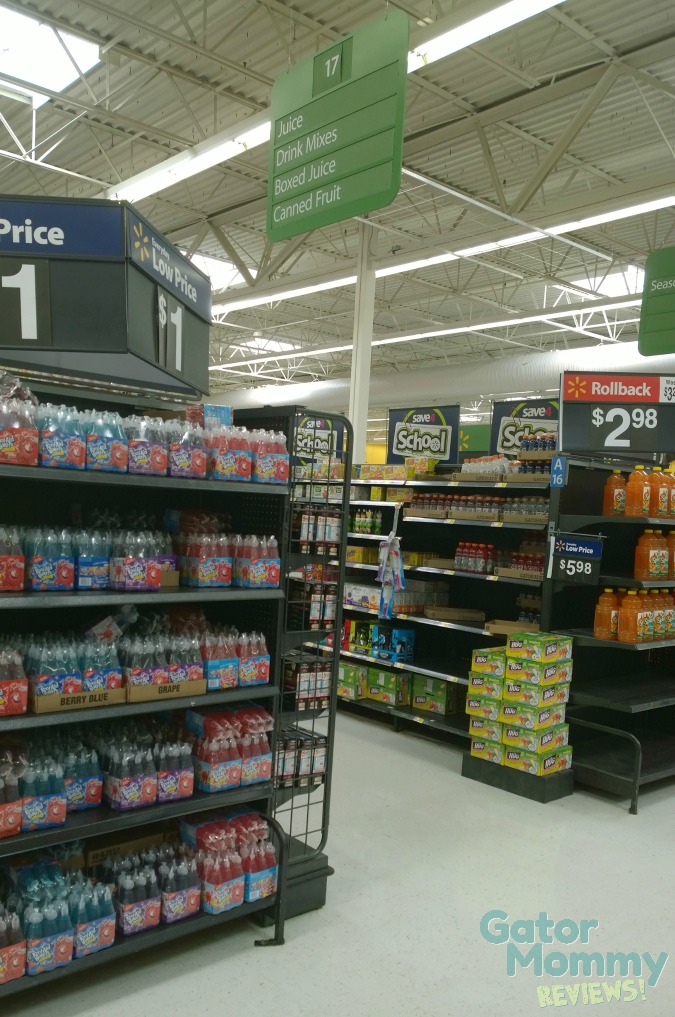 I picked up my candy apple M&M’s, Mott’s applesauce and Mott’s apple juice so I was ready to go back home to start baking. I couldn’t help but also get pretzel M&M’s to snack on too 🙂 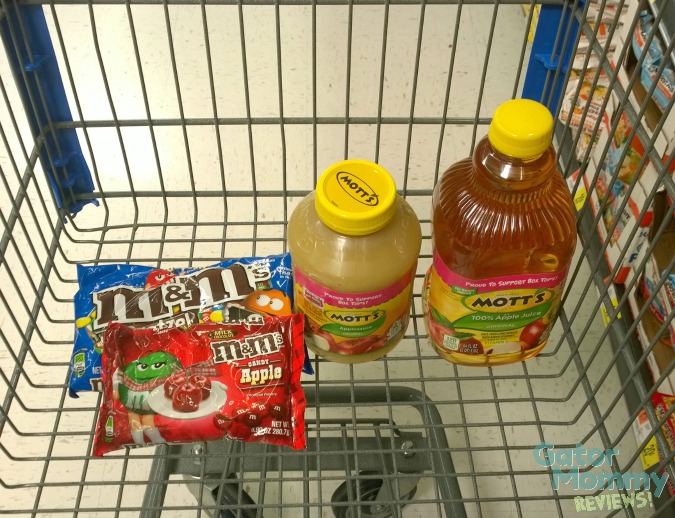 As soon as I got home, my husband opened up the candy apple M&Ms and started eating them. Then my toddler wanted the apple juice and applesauce too. 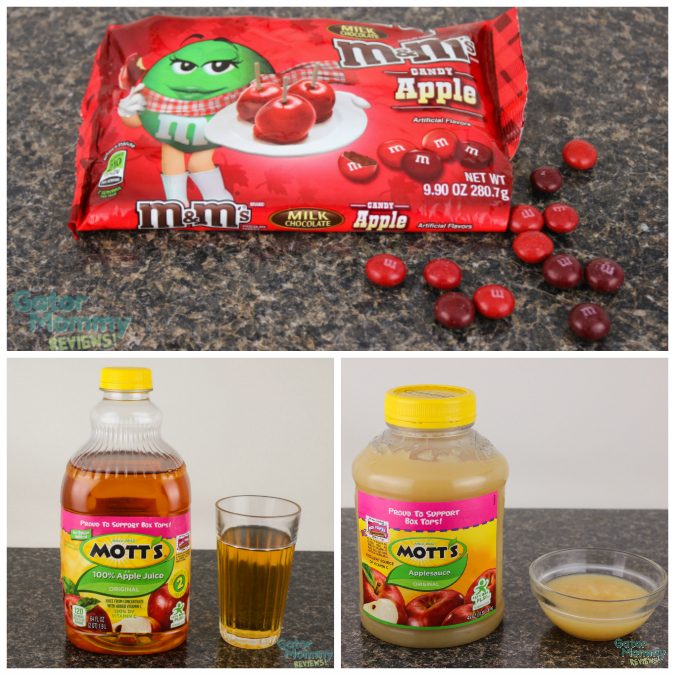 The first thing I did was chop at an apple for the Caramel Apple M&M Blondies recipe. I always wash produce very good with a wash to make sure they are clean since I never peel any edible skins. The skin has most the nutrients in it so I’m definitely not going to waste it. 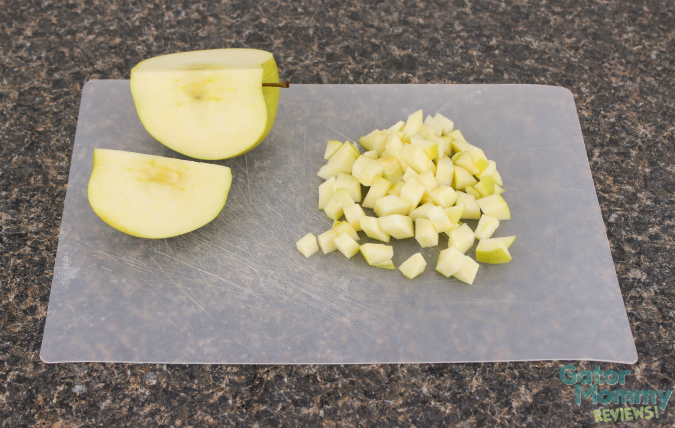 Then I followed my recipe and baked the blondies. While the blondies were cooling, I made the apple juice caramel sauce and drizzled it over the blondies. I actually doubled the sauce recipe so I could have extra to drizzle on ice cream too 🙂 The Caramel Apple M&M Blondies turned out great and they make the perfect fall apple dessert. 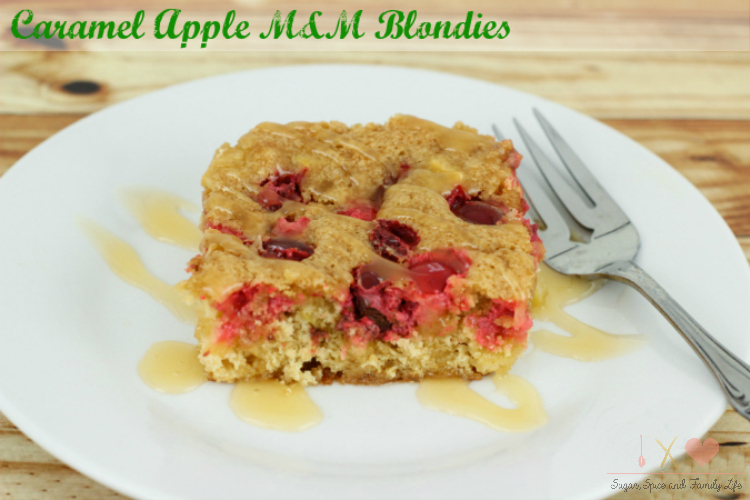