Coca-Cola Ice Cream Cake is a delicious chocolate dessert. It has layers of Coca-Cola cake and vanilla ice cream, then it’s topped with Coca-Cola frosting. 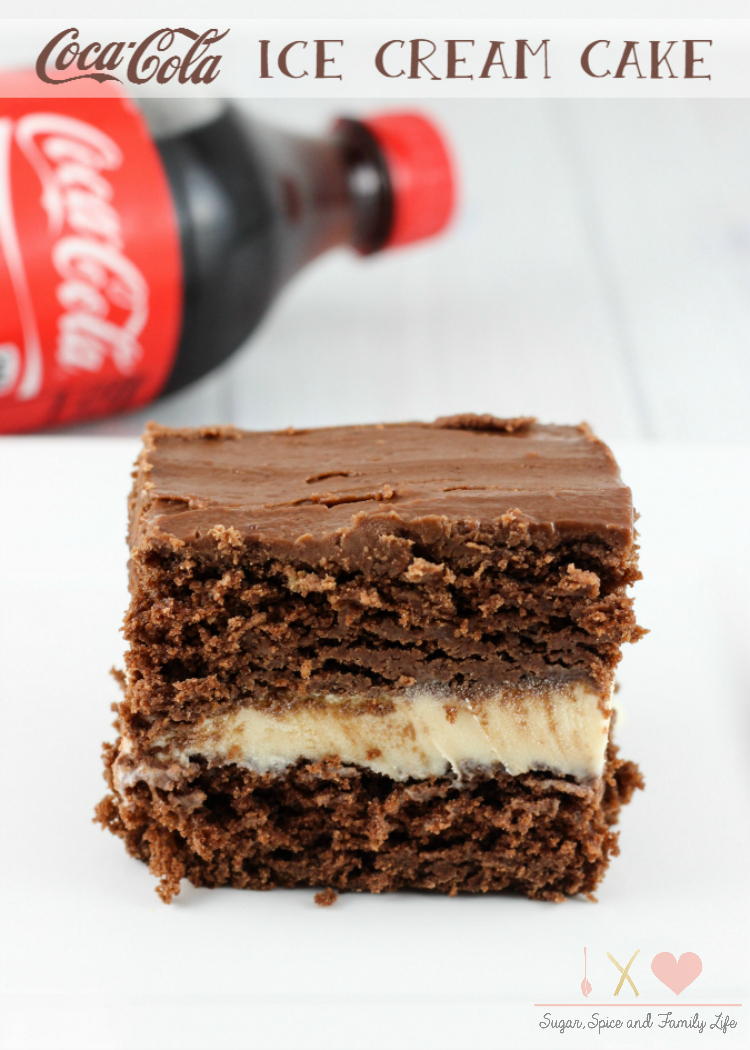 One of my favorite drink brands is Coca-Cola. I usually drink either Diet Coke or Coke Zero, but on occasion I will drink Coca-Cola Classic. The other year, I was at a country style restaurant and saw they offered double fudge Coca-Cola cake. I was intrigued and ordered a piece. Of course, it was great and since then I have been making my own version at home. A scoop of vanilla ice cream is a must when enjoying Coca-Cola cake. So I decided to combine the two and make a Coca-Cola Ice Cream Cake. 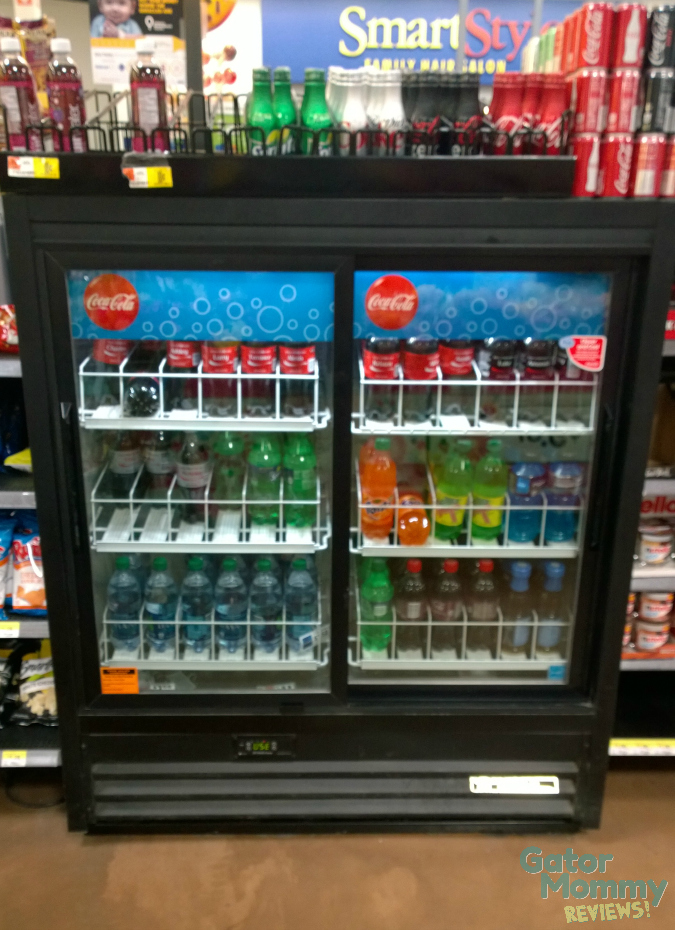 Since it’s been so hot recently, I thought it was the pretty time to make a Coca-Cola Ice Cream Cake. I headed to Walmart to pick up some of the ingredients. While I was there, I checked out their Coca-Cola coolers and drop bins since Walmart has the widest and most organized selection of Coca-Cola personalized 20 oz bottles. Here is a list of Walmart stores where you can find a large quantity of personalized Coca Cola bottles to share with someone this Summer! If your store is not on the list, you can still find these bottles at all Walmart locations. While I was looking for names at my local Walmart, I was lucky enough to see one while I was walking pass one of the Coca-Cola coolers near the checkouts. 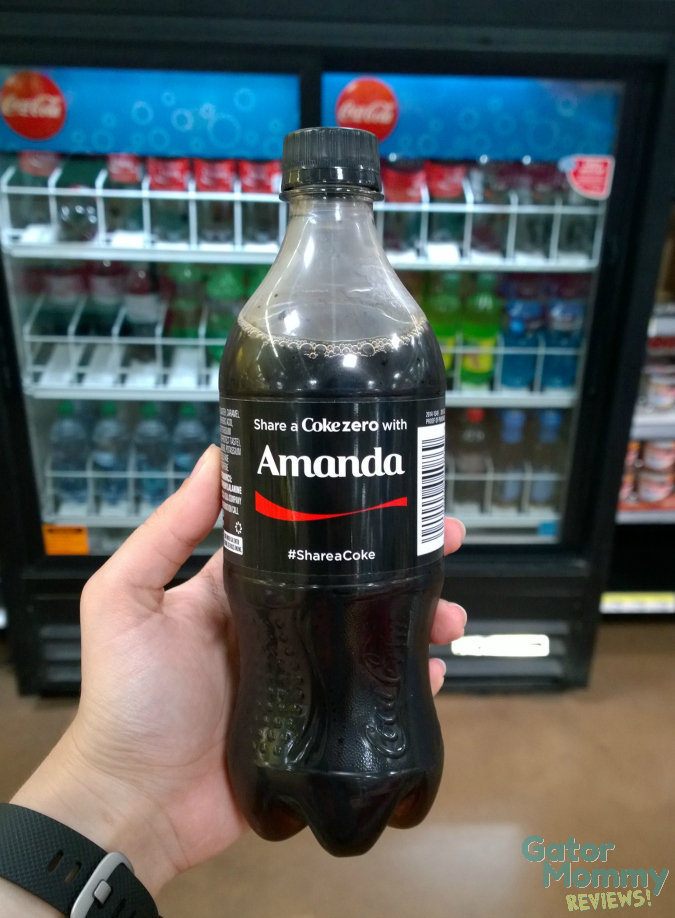 I was excited when I saw the name, Amanda, front and center in the cooler. My friend, Amanda and I have known each other since I was in preschool. She is the type of friend that will always have your back and will never judge you. We live a couple hours away from each other now but when we do see each other, it’s like we haven’t even been apart. Amanda is a true friend and she will always be important in my life. So when I saw the bottle, I had to grab it for her since she is also a Coke lover. 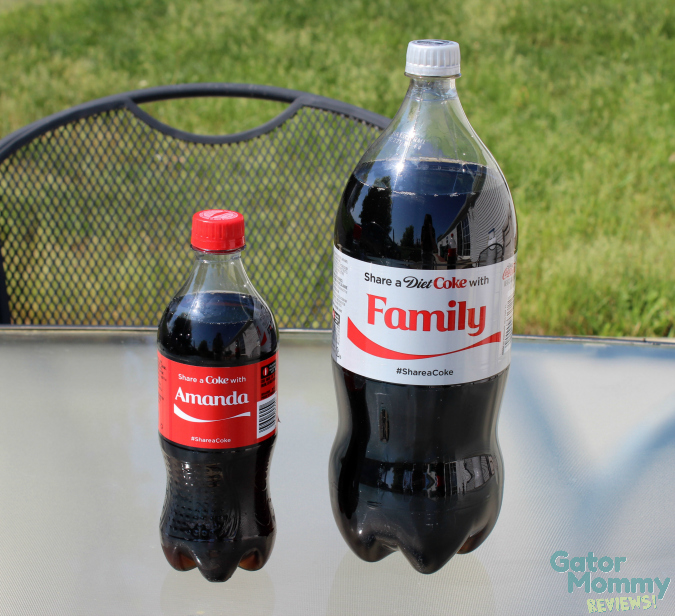 During the summertime, my family and friends like to sit outside and enjoy the beautiful weather. While we are outside, it’s a great time to share a Coke and enjoy Coca-Cola Ice Cream Cake. 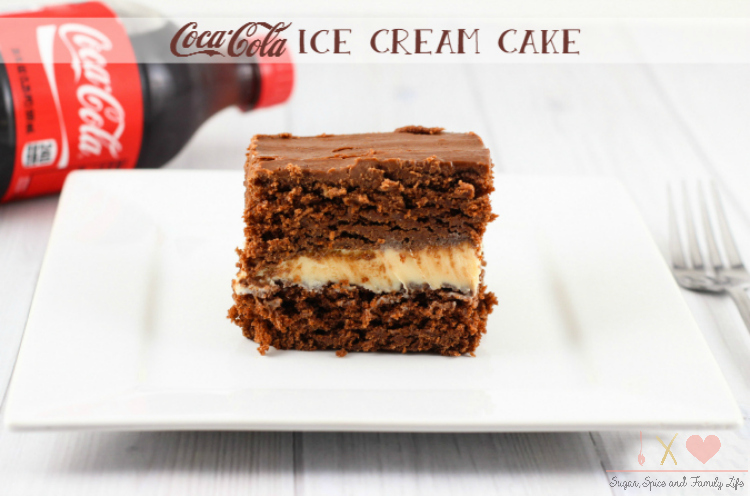 Coca-Cola Ice Cream Cake is not hard to make. You just have to make a cake like normal, but you have to divide the batter into two 9×13 inch pans. Once cool, you cover the cakes and place them in the freezer. After an hour, top one of the cakes with ice cream and place the other cake on top. Then place the assembled cake back into the freezer for an hour. After you make the Coca-Cola frosting, spread it on top of the cake and store covered in the freezer. You just need to let it thaw for 15 minutes before serving. Coca-Cola Ice Cream Cake is a delicious chocolate frozen dessert that is perfect on a hot day. 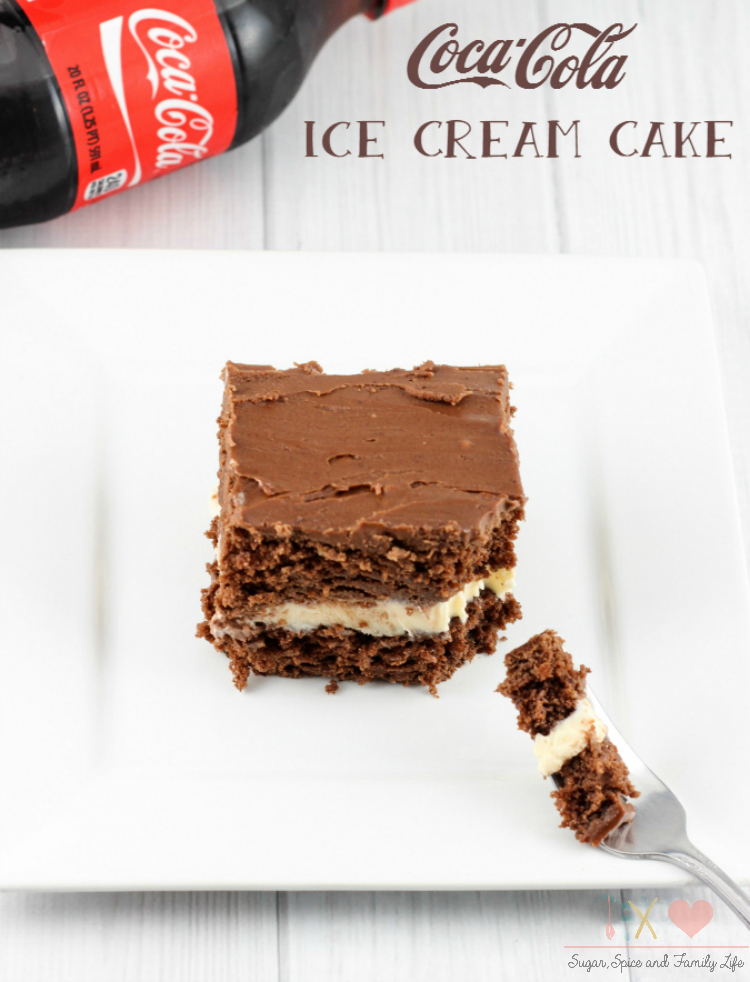 What are you looking forward to this summer, and with whom would you Share a Coke? I’d love to hear your comments and ideas!