Football Brownie Pops are the perfect chocolate dessert for football parties. They are a fun and festive way to enjoy brownies during football season. 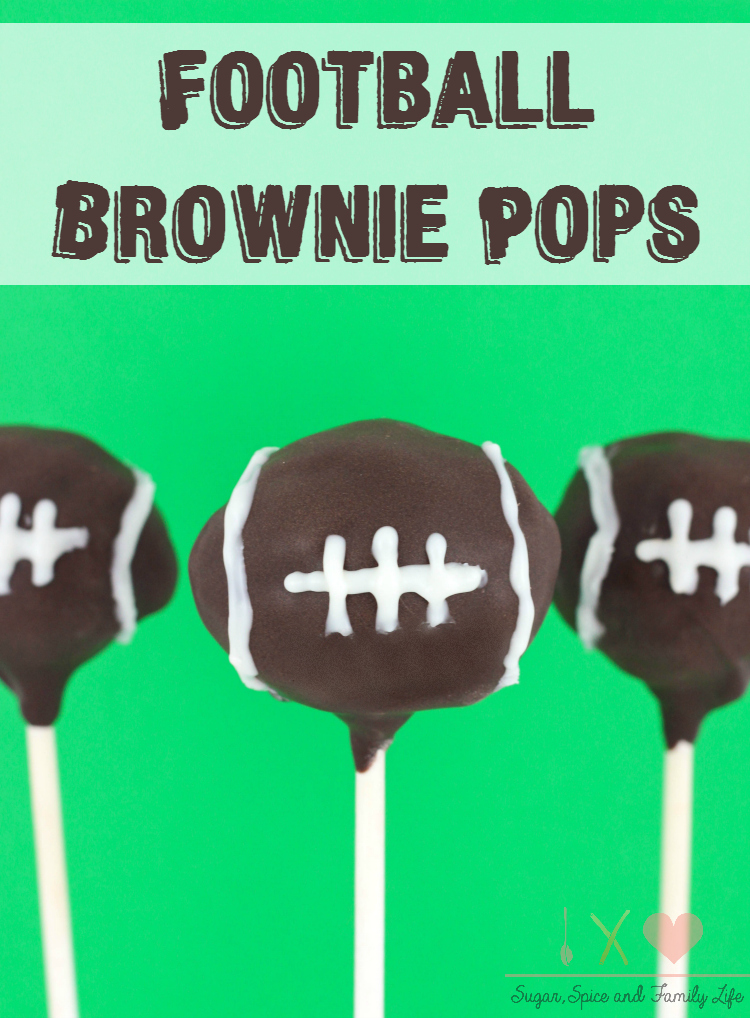 It’s football season which means attending or hosting football watching parties. Besides having delicious party food to feed your guests, you also need to serve a great dessert. Some of my favorite football party desserts are brownies like my Snickers Football Field Brownies. Another brownie dessert I like to make are my Football Brownie Pops. They are basically brownies shaped into footballs and covered in a chocolate coating on top of lollipop sticks.

To make brownie pops, you need to make a tray of brownies and crumble the brownies once cooled. Then form the crumbs into balls and shape into footballs. The footballs are placed in the fridge for an hour or more. Once chilled, the footballs are placed on a lollipop stick and dipped in melted chocolate wafers. After the chocolate coating hardens, the Football Brownie Pops are decorated with football laces using melted white wafers. Football Brownie Pops are the perfect chocolate dessert for football parties. 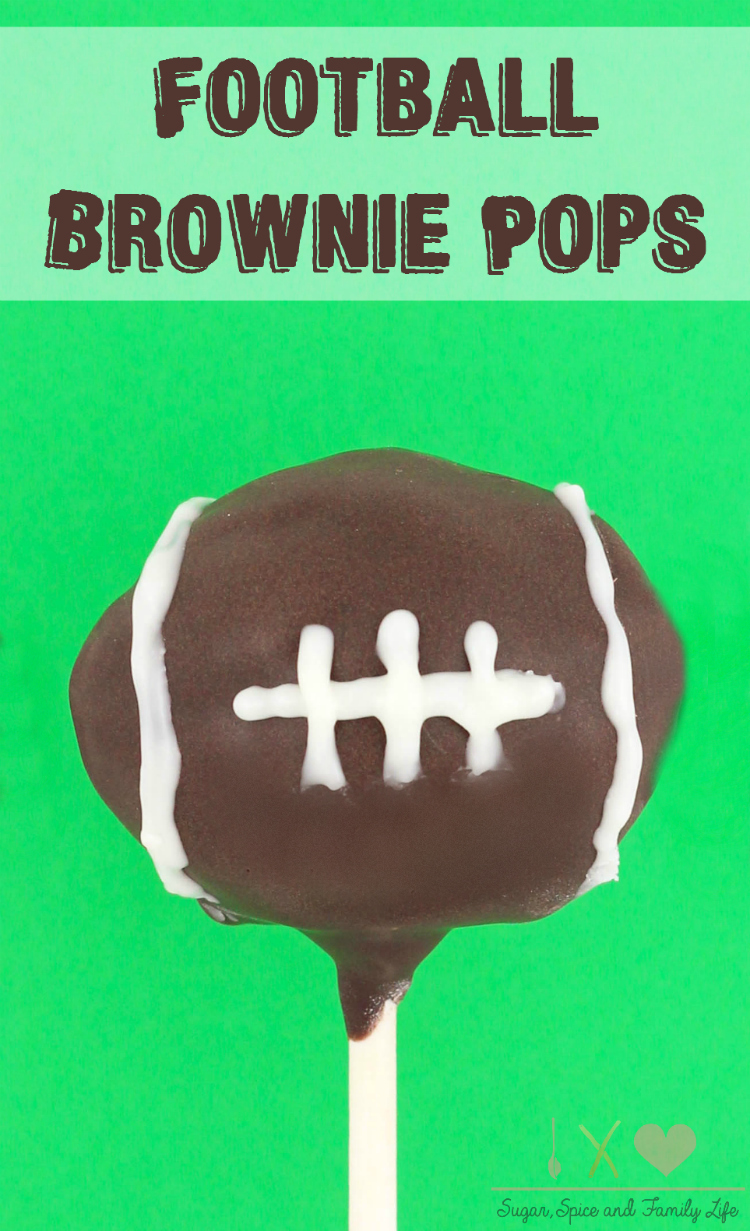