Children’s books are always a great present. I am excited to be giving away a complete set of Pavilion Children’s Books first US titles: Big Cat, The Green Giant, It’s Your World Now, Forgotten Beasts, The Adventures of Moose & Mr. Brown, and Adventures on Earth.

The brilliant debut from a rising star of the picture book world, noted as ‘one to watch’ by The Bookseller magazine: Big Cat by Emma Lazell. The bright colors and brilliant characterization gives the book the look of a classic from the 1970s or earlier, but with a very modern sense of humor and sensibility. A heartwarming and surreal romp, packed with jokes and funny details and with an underlying message of acceptance.

Isobel’s grandma has lost her glasses and she can’t see a thing without them. While Isobel and Gran are in the garden searching for the specs, they come across a cat. A very big cat. A very big and stripy cat! The big cat moves in with them, much to the disgust of all gran’s other cats. He might be good fun, but he takes up lots of space and eats every scrap of food. Eventually the new cat’s mom and dad turn up, looking for their missing son. And they just happen to have found gran’s glasses too. The tiger family are delighted to be reunited—and gran now sees that she’s been sharing her house with… a tiger!

The Green Giant by Katie Cottle is a beautiful eco-tale that encourages us to put down our devices and save the planet – from the winner of the 2017 Batsford Prize and a rising star in the picture book world.

You’ve met the Iron Giant, the Big Friendly Giant and the Selfish Giant. Now meet the Green Giant! A young girl, Bea, and her dog, Iris, are staying with her grandad in the country. Bea is bored, but Iris’s adventures lead them to the seemingly small and rusty old greenhouse next door. Inside the greenhouse, Bea finds… a giant. A giant made entirely of plants and greenery. Bea is scared, but the giant reassures her and explains that he has escaped from the grey city. Bea and the giant become friends, but can they do anything to make the grey city, and the world, a greener place?

Forgotten Beasts: Amazing Creatures that Once Roamed the Earth by Matt Sewell with scientific consultant Dr. Stephen Brusatte, vertebrate paleontologist at The University of Edinburgh is a witty, colorful celebration of the amazing lost creatures of this planet; with a strong message of protection and conservation. The animals are arranged chronologically—from the strange invertebrate Opabinia that lived over 500 million years ago, to the Thylacine, or Tasmanian Tiger, that became extinct in 1936. More than 50 strange and fascinating creatures are featured.
Barry Falls’ debut picture book is a brilliantly illustrated, funny and thought-provoking celebration of where you might go and what you might do in life that harks back to the Dr. Seuss era of children’s books: It’s Your World Now!. A beautiful, lyrical and funny celebration of the world and the potential of every individual within it, with ;ots of things to spot on each page – cats, birds, flowers, cars, books, castles, rollercoasters and chocolate cake to name a few! Can you spot the ladybug on every page?

As for you my bouncing ball, well you can truly have it all. Yes, you can set the world alight, my child-so-small, your future’s bright.

Adventures on Earth by Simon Tyler and wonderful graphic illustrator Simon Tyler is back with a book all about the extremes of our planet – and the people who venture there. Bursting with information and illustrated in bold and colorful graphics, this book will grab the attention of all avid explorers – big and small. Follow in the footsteps of the world’s most famous explorers and travel to the extremes of our environment on Earth–learn about the highest and deepest, hottest and coldest places on Earth. Discover the world’s most wild terrain–deserts, mountains, volcanoes, rivers, jungles, oceans, the polar regions and more and learn about how they were discovered and explored by human adventurers. Find out how these regions are under threat from global warming and other issues, and learn what we can do to conserve them.
The Adventures of Moose & Mr Brown is the first picture book by celebrated British designer Paul Smith and illustrated by Sam Usher. The Adventures of Moose & Mr Brown is a laugh-out-loud rollicking adventure story of animals, travel, design and finding inspiration in the most unlikely of places. It follows the story of Mr Brown, an international fashion designer, who agrees to help a Moose he encounters at an airport to track down his lost twin brother, Monty. Along the way they travel the world and help multiple animals by designing garments to meet their particular needs – including slippers for sloths, parkas for penguins and scarves for giraffes. The story was inspired by toys that Paul has owned for many years and which reside in his office in Covent Garden, London. 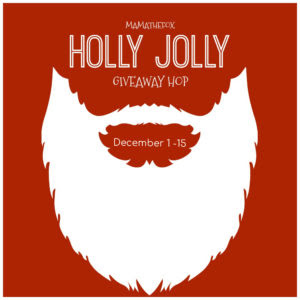 One lucky winner will receive a complete set of Pavilion Children’s Books first US titles: Big Cat, The Green Giant, It’s Your World Now, Forgotten Beasts, The Adventures of Moose & Mr. Brown, and Adventures on Earth.

The hop host MamatheFox and all participating blogs are not held responsible for sponsors who fail to fulfill their prize obligations.