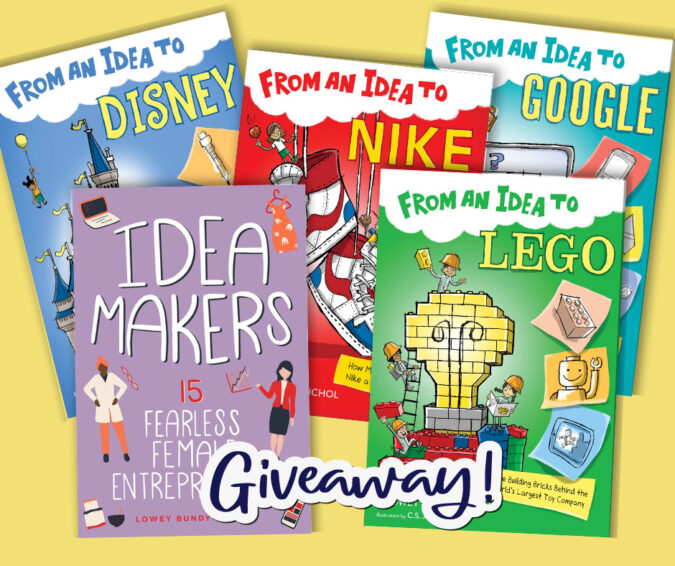 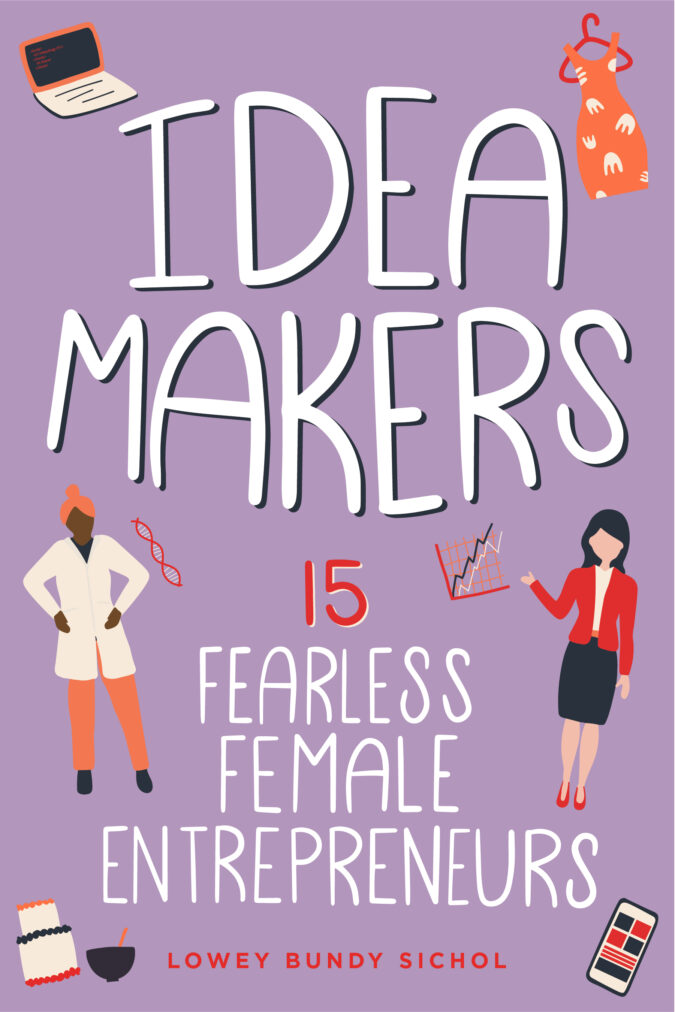 Idea Makers: 15 Fearless Female Entrepreneurs by Lowey Bundy Sichol is the newest installment in the Women of Power nonfiction series for readers 12 and up. It shares the incredible stories of 15 women who changed the world through their entrepreneurship. Author Lowey Bundy Sichol presents five industries that women are leading in recent years: food, fashion and clothing, health and beauty, science and technology, and education.

Readers learn about how the women featured risked their early careers, gave up their salaries, and sometimes even went against the approval of their families to follow their passions and start their own businesses. Today, these women are modern leaders worth billions of dollars and employing tens of thousands of individuals, including Kathleen King (Tate’s Cookies), Christina Tosi (Milk Bar), Payal Kadakia (ClassPass), Alli Webb (Drybar), Anne Wojcicki (23andMe), Sandra Oh Lin (KiwiCo), Reshma Saujani (Girls Who Code), and Jenn Hyman (Rent the Runway).

Young women today are embracing innovation and idea making, and the women profiled in Idea Makers will show them how that can change the world.

Ever wonder how Nike became the athletics empire it is today? From an Idea to Nike digs into the marketing campaigns and strategy that turned this running-shoe company into the outfitter for many athletes as well as the iconic American brand. With infographics and engaging visuals throughout, this behind-the-scenes look into the historical and business side of Nike will be an invaluable resource for kids interested in what makes this business run. Find out where the name Nike came from and how the famous swoosh became the signature logo. Learn about the company’s first marketing campaign with a star athlete. (Hint: It wasn’t Michael Jordan!) Explore the ways Nike expanded marketing from running to basketball, soccer, golf, and beyond!

From an Idea to Lego is a behind-the-bricks look into the world’s famous toy company, with humorous black & white illustrations throughout.

Today, LEGO is one of the biggest toy companies in the world, but a long time ago, a Danish carpenter, Ole Kirk Christiansen, started with just an idea. Find out more about LEGO’s origins, those famous bricks, and their other inventive toys and movie ventures in this illustrated nonfiction book! Find out the origin the name “LEGO.” (Hint: it combines two Danish words.) See how LEGO grew from a carpentry shop to a multi-platform toy company. Discover how LEGO bricks are made and how they came up with their design.

From an Idea to Disney is a behind-the-movie-screen look into the history, business, and brand of the world’s largest entertainment empire. With humorous black & white illustrations throughout, learn about the company behind the world’s favorite mouse, Mickey!

Today, the Walt Disney Company is the biggest entertainment company in the world with theme parks, TV shows, movie studios, merchandise, the most recognizable cartoon character in the world, Mickey Mouse. But a long time ago, brothers Walt and Roy Disney started out with just an idea. Find out what Walt first intended to name his famous mouse. (Hint: It wasn’t Mickey!) Discover behind-the-scenes magic of how Walt Disney World is run. Explore the ways the Disney expanded its brand from a little mouse into media, merchandise, and more!

From an Idea to Google is a behind-the-computer-screen look into the history, business, and brand of the world’s largest search engine. With humorous black & white illustrations throughout, learn about the company that even earned its own catchphrase: Google it!

Today, Google is the number one internet search engine and the most visited website in the world. But a long time ago, two college friends, Larry Page and Sergey Brin, started out with just an idea. Find out where the name “Google” came from. (Hint: It involves a LOT of zeros!) Discover how Google became the fastest and most popular internet search engine of all time. Explore how Google transformed from a tiny startup (in someone’s garage!) into one of the most powerful companies in the world.

One lucky winner will receive Idea Makers: 15 Fearless Female Entrepreneurs by Lowey Bundy Sichol and all 4 titles in the From An Idea To… series (From An Idea To Lego: The Building Bricks Behind the World’s Largest Toy Company, From An Idea To Nike: How Marketing Made Nike a Global Success, From An Idea To Google: How Innovation at Google Changed the World, and An Idea To Disney: How Imagination Built a World of Magic)